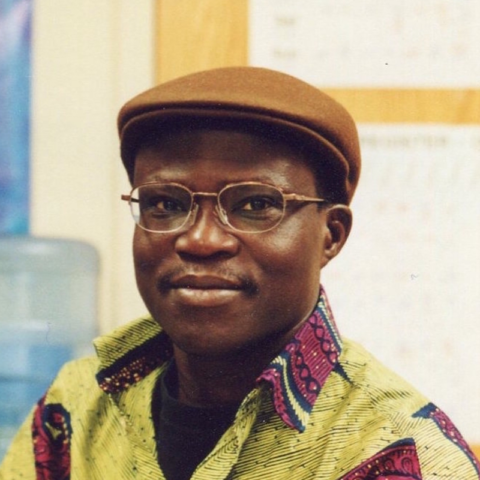 Soumaïla  Adigun is a cartoonist, designer, painter and photographer originally from Côte d’Ivoire, West Africa. He has been living in New York City since 1996. He holds “Diplôme d’Etudes Supérieures d’Arts Plastiques”, French diploma, equivalent to a Master of Fine Arts degree. His interest and passion for French literature led him to go back to the benches of the university. He is a graduate of Rutgers State University of New Jersey with a Master of Arts for Teachers degree in French. For many years, he worked as an editorial cartoonist and graphic artist with Fraternité Matin, a national daily newspaper in his country.Mr Adigun is a freelance visual artist as well as a certified French and visual arts teacher.