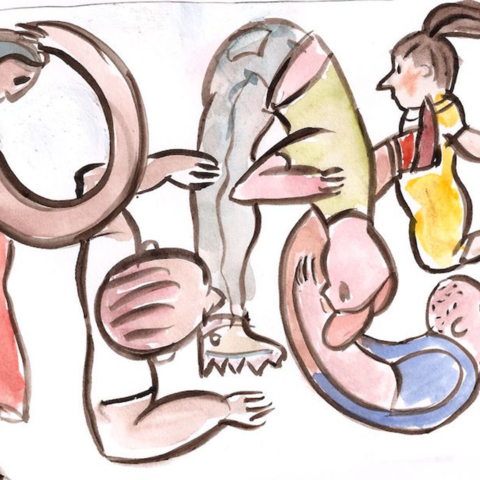 Born in LA but lived in SF California until moving to NYC in 1996. Donelle received degrees as a painter _ BFA from California College of Arts (*previously CCAC) in Oakland and MFA from California State University in Sacramento. She has shown her work in gallery’s and museums on both coasts while supporting her art career working in animation and fabrication but mostly by teaching at CUNY (2001 to 2016), and now is at the 92StY.

Donelle always was the kid that drew during math class.